Currently the Brisbane Buildings Group leader, Craig has been the Project Director responsible for the design and delivery of a number of prestigious landmark developments. These include projects in the Middle East, Hong Kong, China and Korea. Included is the award winning Cheung Kong Centre, the 412m International Finance Centre as well as the unique CCTV building in Beijing.

He has also been the leader of numerous project in which Arup have undertaken lead consultant and multidisciplinary roles - this includes Airport and mixed use iconic developments.

Craig has written over 40 papers on aspects of engineering design including high rise construction-led design principals. He has been an invited speaker at many conferences around the world. 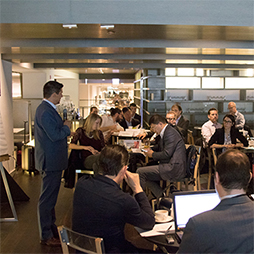 1 Jun 2018, Event Report – The first 2018 Leaders Meeting brought together CTBUH leaders from around the world… 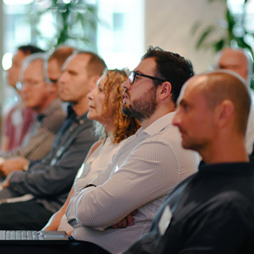 29 Oct 2017, Event Report – Delegates gathered in the offices of Arup in Sydney to participate in the Tall… 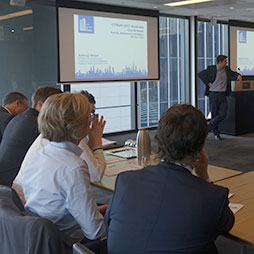 31 Mar 2017, Conference Activity – The conference sub-committees will help drive the organization and…

Conference Steering Sub-Committees Confirmed
31 Mar 2017, Sydney – Conference Activity
The conference sub-committees will help drive the organization and promotion of activities ahead of CTBUH 2017, starting on October 30.

October 2015 Trustee Meeting Report
25 Oct 2015, New York City – Event Report
The second CTBUH Board of Trustees meeting of 2015 took place before the 2015 Conference. The Board discussed Council strategy for the upcoming year, as well as welcomed new Trustees.

CTBUH Leaders Discuss Ways to Broaden Council Membership
15 Sep 2014, Shanghai – Event Report
The leadership of the Council convened in the Leaders Meeting to participate in discussions about how to widen the Council’s reach and effectiveness.

CTBUH Trustees Meet Ahead of 2014 Conference in Shanghai
15 Sep 2014, Shanghai – Event Report
The second Board of Trustees meeting of 2014 took place in the 83rd-floor conference room at the Grand Hyatt Jin Mao in Shanghai, in advance of the 2014 CTBUH Conference.

Trustees Meeting 2013, Chicago
4 Mar 2013, Chicago – Event Report
The board of trustees of the CTBUH held its annual meeting at IIT in Chicago on March 4. As a first order of business, the board welcomed three new trustees.

Towards 2050 – The Challenge for Tall Buildings

Towards 2050 – The Challenge for Tall Buildings

Towards 2050 – The Challenge for Tall Buildings
17 Sep 2014 – Presentation at CTBUH 2014 Shanghai Conference; Craig Gibbons, Arup
The continuing increase in urbanization creates significant challenges for our cities and the tall buildings within them. This includes the demand for space, consideration of the environmental constraints and societal expectations. The presentation…

Towards 2050 – The Challenge for Tall Buildings
16 Sep 2014 – CTBUH 2014 Shanghai Conference Proceedings; Craig Gibbons, Kristina Moores & Josef Hargrave, Arup; Gregory Kiss, Kiss + Cathcart
The continuing increase in urbanization creates significant challenges for our cities and the tall buildings within them. This includes the demand for space, consideration of the environmental constraints and societal expectations. The paper…

Assessment of the Life Safety Aspects and Structural Robustness of High Rise Buildings in Hong Kong
Oct 2003 – CTBUH / CIB Kuala Lumpur 2003 Conference; Craig Gibbons & Mingchun Luo, ARUP; David Dumigan, Central Waterfront Property Project Management
At the time of the events in New York of September 11, 2001, a 420m high 88 storey office building in Hong Kong was constructed up to the 20th floor level. This paper describes some of the investigations which were undertaken immediately following…